Attractions for tourists in Mazury

In the heart of Masuria, the Land of the Great Masurian Lakes in the picturesque Giżycko by the Łuczański Canal, there is located a Porto restaurant and hotel complex.

Boyen Fortress – is one of the best preserved monuments of defensive architecture of the 19th century in Poland, an object of exceptional historical interest.

Rotary Bridge on the Łuczański Canal – the bridge was built in 1860 to facilitate communication of the Boyen Fortress with the town, it was and is manually rotated by one man

Water Tower – Water Tower was built in 1900, today it is a vantage point, from where there is a view of the city and Niegocin Lake, there is a local museum and a cafe in the interior.

St. Bruno Hill – Hill commemorating the death of Saint. Bruno, who spread Christianity in the Masurian lands. His memory is a living legacy to many different nationalities. A vantage point of the Niegocin Lake.

ATTRACTIONS IN THE AREA

Borecka Forest – (about 30 km from Giżycko) Wolisko – forester’s lodge, at which the European bison in a special pen with an observation platform can be observed.

Viaducts in Stańczyki – (about 80 km from Giżycko) double, resembling aqueducts of the Roman viaducts of the disused Gołdap -Żytkiejny railway line.

The Pyramid in Rapa – (about 45 km from Giżycko) The tomb of the Farenheit family in the shape of a pyramid with preserved bodies of the dead, which have been mummified. The pyramid stands for the point of power, the concentration of energy of the earth and the cosmos.

Mamerki – (about 30 km from Giżycko) A large complex of bunkers from the Second World War, former headquarters of The General Command of Land Forces under the code name “Anna”.

Saint Lipka – (about 45 km from Giżycko) Baroque church, the oldest pilgrimage site in Warmia and Mazury.

Reszel – (about 50 km from Giżycko) The castle of Warmian bishops built in 1350-1401, the parish church at St. Peter’s and Paul’s (1348), gothic bridges, a Jesuit college from the end of the 18th century, a pilgrimage route from Reszel to Święta Lipka.

Kadzidlowo – Wild Animal Park – (about 50 km from Giżycko) A private park with an area of about 100 ha located in the Piska Forest, in the Masurian Landscape Park.

Should you have any queries, please do not hesitate to contact us. 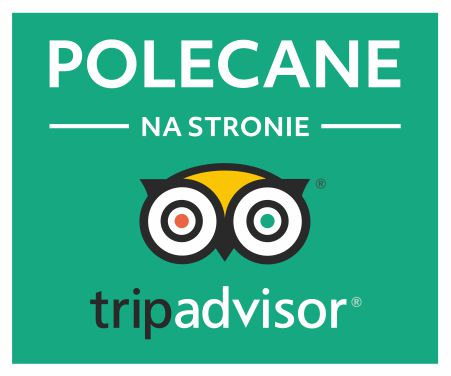